InvestigateWest entered the era of animated-gif journalism with our impervious-surface maps of Seattle, Portland and Boise, and just in time, too. ‘GIF’ won word-of-the-year honors from Oxford Dictionaries after an official announcement that included “highlights from the year-in-GIFing.”

It was one of those best-tool-for-the-job moments. The maps show, in a glance, just how fast the Northwest’s big three cities have grown. It’s why pollution from stormwater runoff increasingly threatens the health of our rivers and lakes in ways that few imagined back in 1992.

The first draft, which I made with mapping software QGIS, took the impervious surface supplement from the 2006 National Land Cover Database and cropped it to shapefiles of Idaho, Oregon and Washington. 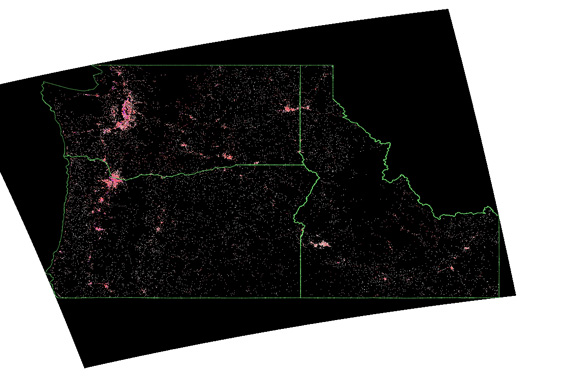 Next I added water bodies for context and zoomed in on Portland and Seattle. Clockwise from top left: the Portland metro area in 2006, areas of Portland that changed between 2002 and 2006, and Seattle in 2006 with a different color palette. In all three maps, the deeper the purple, the more rainwater becomes runoff from hard surfaces like roads instead of seeping into the ground. 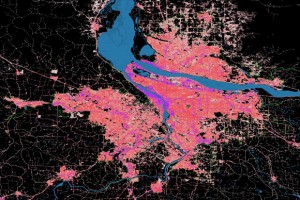 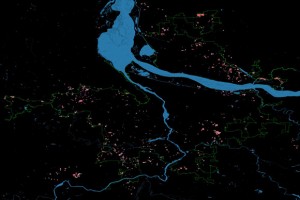 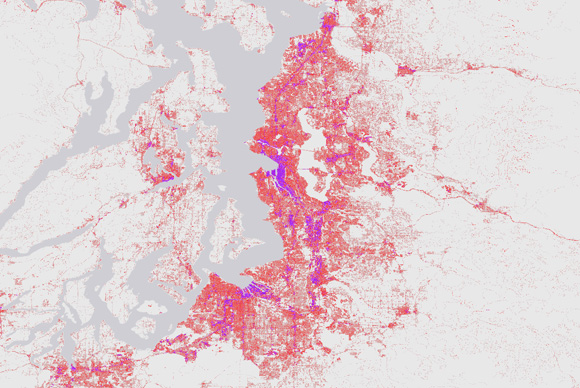 Then, I went back another 14 years, to the original national land cover dataset. Here’s what Seattle’s land cover looks like in the 1992 — shades of red mark developed areas; agriculture is in yellow. 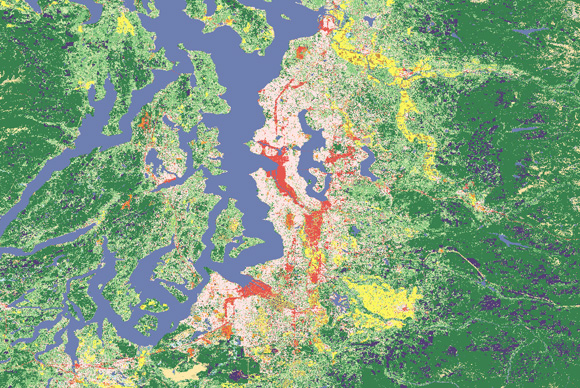 Unfortunately, there’s no impervious surface supplement for 1992, so I modeled it myself using coefficients developed by researchers at UConn. When that was done, after some final tweaking of colors for visual clarity, I exported our final maps. Here are side-by-side comparisons of 1992 and 2006 for each metro, but really, go see the animated versions for the full effect. 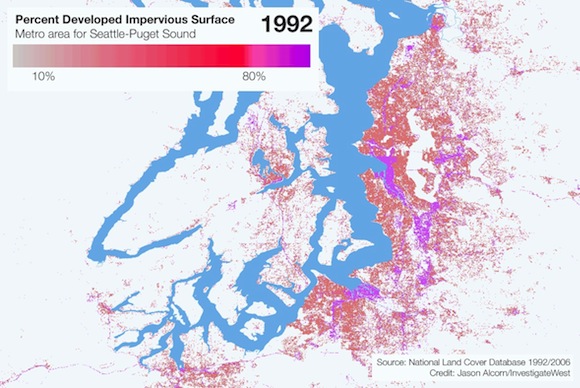 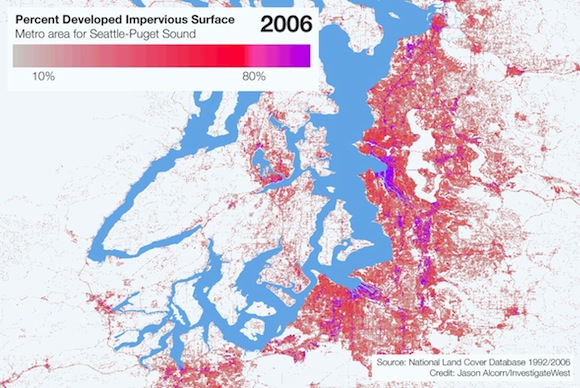 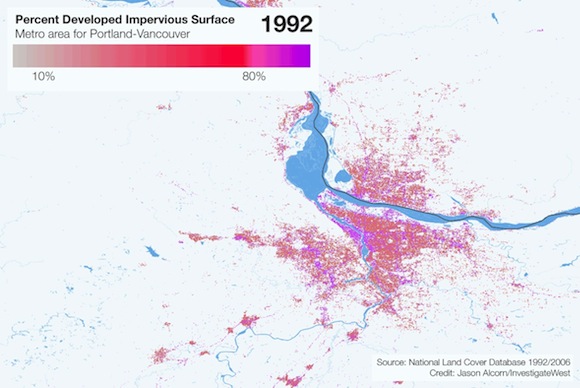 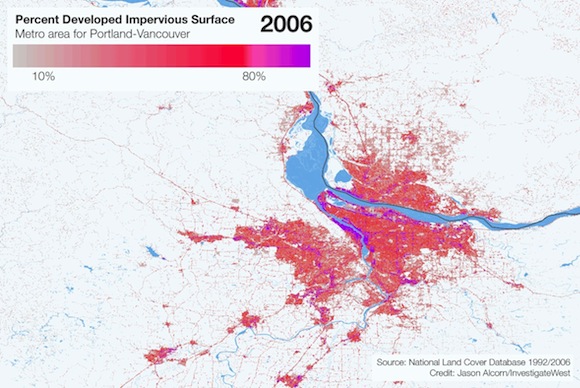 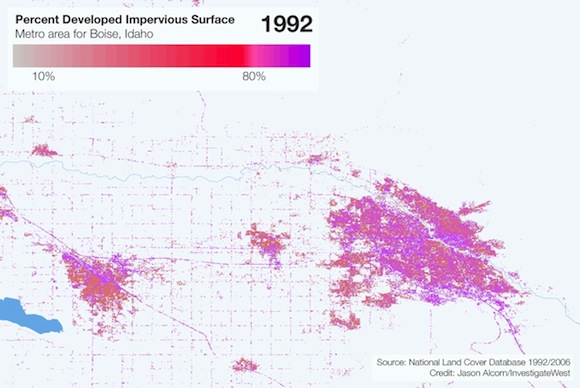 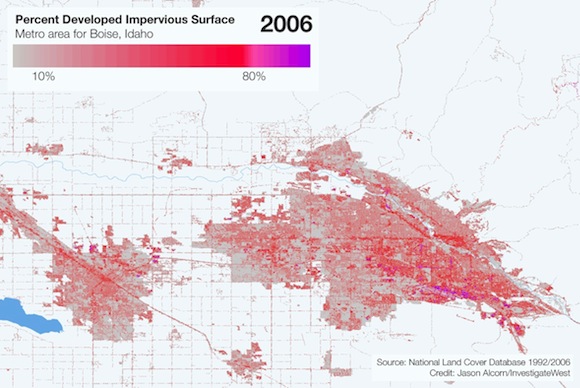 Thanks to Robert McClure and EarthFix editor David Steves for looking at even more versions than you see here, and to the entire EarthFix team that worked with InvestigateWest on Clean Water: The Next Act.